Normally, Mac OS X application icons are stored within the application package also known as Apple icon format. If a person downloads icons, they might find that some are stored in the ICNS format as well. The Apple icon format file extension is usually ICNS and such files can be opened and converted to other formats by using Preview. So, if also wanted to include various icons for the application you could convert Vector PDF by using this process.

Icons are considered to be a great way to provide a polished and professional appearance to your working website. Although it may seem like an insignificant addition, the technological generation is intensely persuaded by the knowledge of computer skills and a visually appealing presentation. Business owners and site administrators alike will not only progress the overall aesthetics of their webpage with the use of customized icons, but their customers will be able to speedily and conveniently navigate to specific pages of interest.

ICO files usually have a small image icon of various resolutions and various color depths. It is typically used to show files and folders in the graphical user interface (GUI) operating systems

Another most popular file format is PDF, which is an electronic document format designed by Adobe Systems using some language features PostScript. The official program for screening documents in this format is Adobe Reader. Mostly, PDF-file is a combination of text with raster and vector graphics and text forms, scripts written in JavaScript and other types of items.

Following is the list of certain software to convert Icons, ICO to pdf, dxf on Mac.

Another handiest Mac OS application for image file format conversions is a super image converter. It converts a single file and the converted file will be placed in the creative. Press Convert/Convert ICNS, TGA, EXR, ICO to PDF on Mac.

Another one is the easy to convert tens of hundreds of images format to dxf on Mac.

Generally, Super Vectorizer Pro is a tool that is used for a icon vector image converter on Mac which converts different raster bitmap images like icon, ICO, icns to DXF, Ai, PDF, SVG for Mac. It automatically helps to develop high-quality vector icons from images and supports the vector conversation of black and white, colored and even grayscale images. 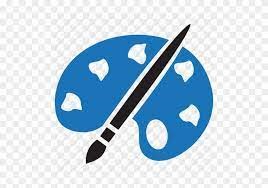 Super Vectorizer for Mac is majorly used for all kinds of projects even for personal and professional alike, whether you are an enthusiast or a professional graphic designer for icons Converter on Mac. Due to the advancement in technology in raster-to-vector conversion, Super Vectorizer for Mac have a commanding task of converting raster, bitmap icons into crisp, clean, scalable illustrations/vector art. It’ll aid anyone who does tons of vector-image cleanups to become more productive. 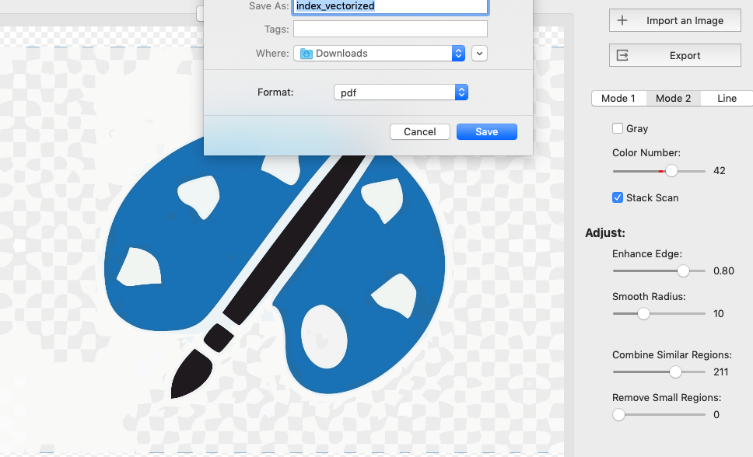 Vectorized images are utilized in most aspects of graphic design and are the well-liked format for printing, both on paper and clothes. Super Vectorizer is the most preferred icons vector conversion software for mac.