How to Convert PNG to SVG, JPG to SVG Vector on Mac?

How to Convert PNG to SVG, JPG to SVG Vector on Mac? 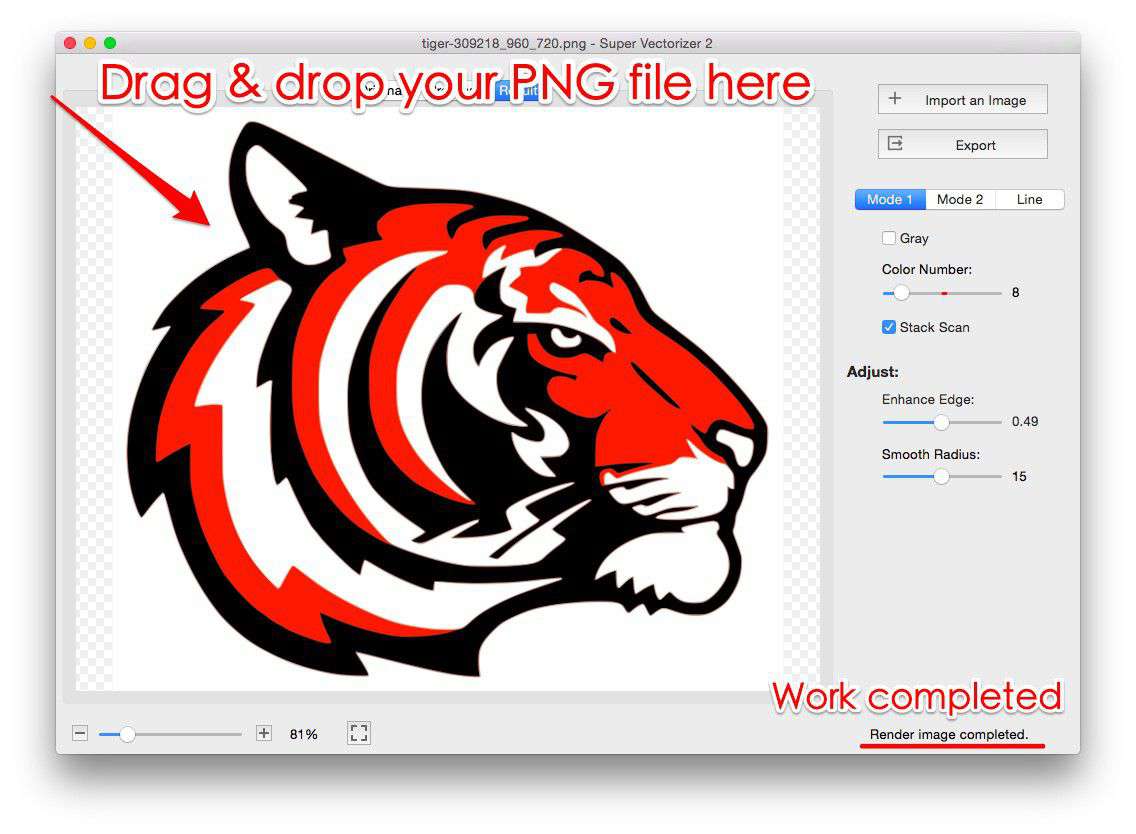 After importing your PNG or JPG image, Super Vectorizer automatically converts PNG to SVG or JPG to SVG and completes the JPG or PNG to SVG conversion in seconds. The information bar can tell you specific progress.

Step 2. Check the JPG to SVG or PNG to SVG converting result. 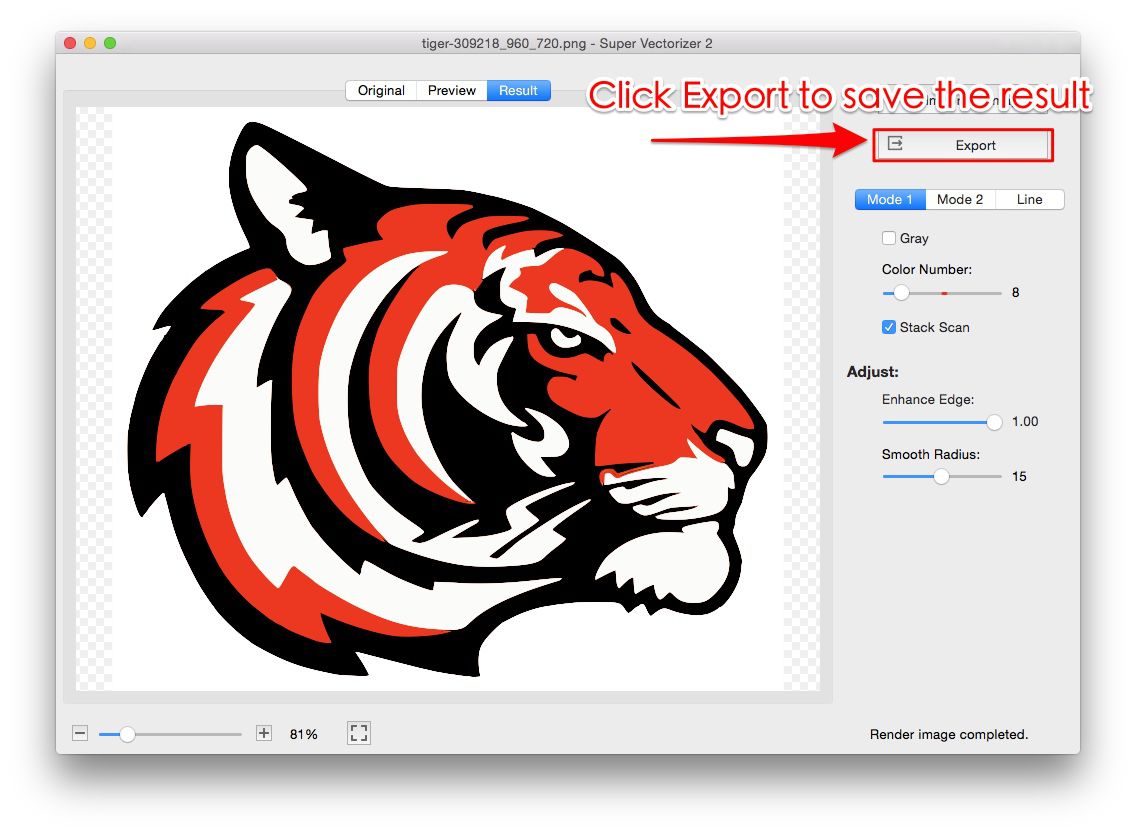 Super Vectorizer not only save your PNG, SVG image as SVG file, but also save them as PDF, AI and DXF vector image. That means you can convert JPG to SVG, PNG to SVG, and convert PNG to PDF, PNG to AI, PNG to DXF as well. 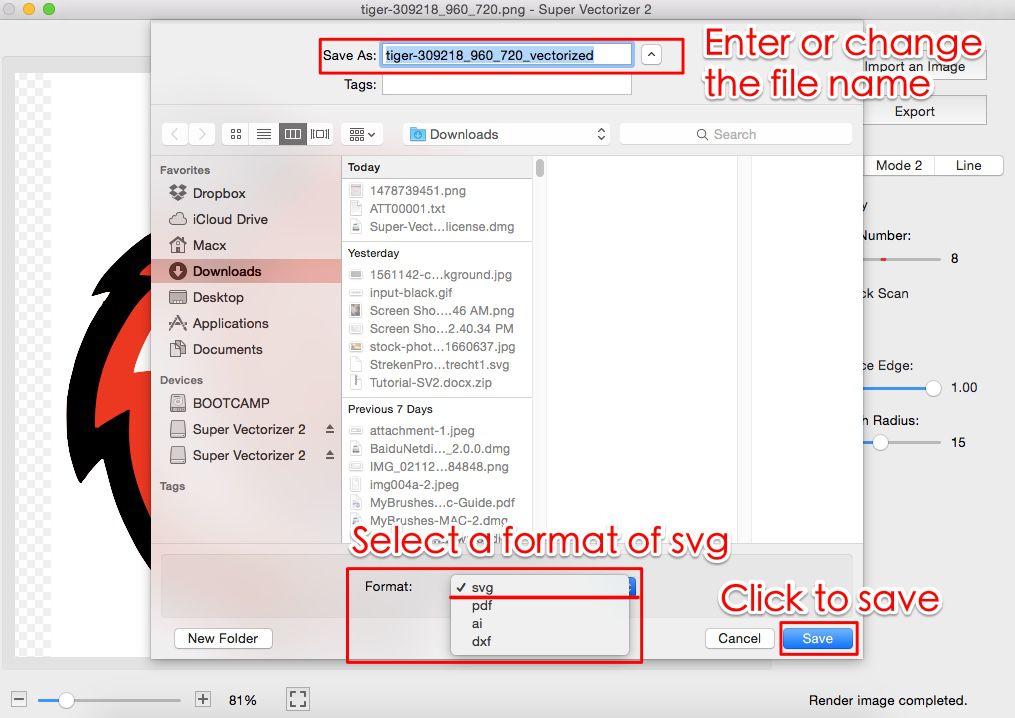 Knowledge you may want to know about PNG, JPG and SVG

An SVG file is a Scalable Vector Graphic file which could be scaled to different sizes without losing quality. SVG file can be opened and edited by many image editors such as Photoshop, Illustrator, or GIMP on Mac and Windows.

Why Choose Super Vectorizer to Convert JPG, PNG to SVG on Mac?

Does the JPG to SVG, PNG to SVG converter work on Windows?

Sorry, the Super Vectorizer - a nice PNG to SVG converter is available for Mac only at present.

How to Convert SVG to PNG for Mac? How convert JPG to PNG on Mac, or convert PNG to JPG on Mac?

Is there Free SVG to PNG converter online?

Yes, get this Free SVG to PNG converter online. It converts SVG to PNG online without any software installed. Free and NO ADS.