How to Convert JPG to DXF on Mac?

There are several times that you might be working on something very important on your Mac and your work requires you to open AutoCAD on Mac and other software at the same time.
Working on a JPG or a PNG image is not going to give you the same result as a DXF vector will. This makes it crucial for us to look into how the conversion of JPG/PNG to DXF on Mac works.

What is DXF and why is conversion important?

DXF or Drawing Interchange Format or Drawing Exchange Format was created to replicate the AutoCAD files for Mac. This format enables the user to work on AutoCAD files even on other software.
DXF is a semi-public standard that is owned and promoted across the world by Autodesk Inc. They also control other software like DWF.
This JPG and PNG to DXF conversion on Mac is important since it renders it easy for the user to work on their files. DXF is a vector storing software, this means that all files saved in DXF are in a vector format.
This makes it possible for the user to edit each element separately using any CAD software.
This makes it easy for architects or engineers to work on the JPG, PNG to DXF for Mac.

What are the steps to follow to convert JPG / PNG to DXF on Mac?

Independently, the Mac alone can't convert a JPG or a PNG file to a DXF vector one. To help the Mac users in doing so there are several different software available online and in the App Store.
One such software is the Super Vectorizer Pro for Mac. This software vectorizes almost all the image files and converts them to a DXF file. The steps are rather easy to follow and they can easily help you get a DXF vector file with minimum effort.
The Super Vectorizer Pro is a super JPG / PNG to DXF converter Mac. The steps to follow to convert JPG images to DXF vector files are mentioned below: 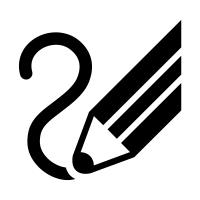 DXF vector files are a huge hit since they come in vectors and they give detailed descriptions much like an AutoCAD file. They are vectors which means that every element is individually editable. This makes it easier to achieve the final look that the designer is going for. There are several vector converter software that can help you convert a JPG or a PNG file to a DXF on Mac. The steps mentioned above are what you need to follow is Super Vectorizer Pro for Mac.